[preamble]
Cancer patient wrote an article complaining that she CANT keep her doctor and her plan is cancelled.
The white house response?
Attack Her! – Evidently she is not smart enough to understand insurance and what is “good” for her
This Is not a democracy to the white house – its OBAMALISM!
When this folly ends!
[backtopost]

By            James Taranto     November 4, 2013
It’s been just over a month since ObamaCare’s disastrous launch, and it’s just over three years until the scheduled election of Barack Obama’s successor. It’s going to be a long three years. The exposure of Obama’s signature “achievement” as both incompetent and fraudulent (with its economic inviability yet to be realized) is also showing the administration’s true face. It is an ugly one, and we can expect to see a lot more of it while Obama remains in office.

This morning the White House went on the attack against a cancer patient who is also a victim of ObamaCare. Edie Littlefield Sundby of San Diego explains in today’s Wall Street Journal that she’s been managing a case of stage 4 gallbladder cancer, an affliction whose five-year survival rate is just 2%. Having survived the diagnosis by seven years so far, she beat very long odds–and she did so with the help of an excellent insurance plan that covered care at three hospitals, two in California and one in Texas.

In touting ObamaCare, Obama asserted at least two dozen times (in slightly varying language) that if you like your health plan, you can keep it. As Sundby explains, she is a victim of Obama’s fraudulent sales pitch:

Since March 2007 United Healthcare has paid $1.2 million to help keep me alive, and it has never once questioned any treatment or procedure recommended by my medical team. The company pays a fair price to the doctors and hospitals, on time, and is responsive to the emergency treatment requirements of late-stage cancer. Its caring people in the claims office have been readily available to talk to me and my providers.

But in January, United Healthcare sent me a letter announcing that they were pulling out of the individual California market. The company suggested I look to Covered California starting in October.

Covered California is the state ObamaCare exchange, one of those that, unlike the administration-built federal one, has some degree of technical functionality. Thus Sundby was able to log in and check out her options, which–contrary to Obama’s “new and improved” sales pitch, that people whose policies are canceled will get better insurance–were unsatisfactory. No plan available to her would cover both her primary-care doctor at the University of California, San Diego, and her oncologist at Stanford.

This morning Dan Pfeiffer the fast-talking flack tweeted out a piece from ThinkProgress.org, a leftist propaganda outfit. Titled “The Real Reason That the Cancer Patient Writing in Today’s Wall Street Journal Lost Her Insurance,” the piece, by one Igor Volsky, claims that “Sundby shouldn’t blame reform.” Volsky instead blames United Healthcare, which, he writes, “dropped her coverage because they’ve struggled to compete in California’s individual health care market for years and didn’t want to pay for sicker patients like Sundby”:

“The company’s plans reflect its concern that the first wave of newly insured customers under the law may be the costliest,” UHC Chief Executive Officer Stephen Helmsley told investors last October. “UnitedHealth will watch and see how the exchanges evolve and expects the first enrollees will have ‘a pent-up appetite’ for medical care. We are approaching them with some degree of caution because of that.”

Get that? The company packed its bags and dumped its beneficiaries because it wants its competitors to swallow the first wave of sicker enrollees only to re-enter the market later and profit from the healthy people who still haven’t signed up for coverage.

Sundby is losing her coverage and her doctors because of a business decision her insurer made within the competitive dynamics of California’s health care market.

All this may be true, but it begs the question. The addition of a phrase to that last sentence shows why: Sundby is losing her coverage and her doctors because of a business decision her insurer made within the competitive dynamics of California’s health care market under the regulatory structure established by Obama’s comprehensive “reform.”

Obama did not qualify his pitch by stating that if you like your health plan, you can keep it unless your insurer makes a business decision to the contrary within the competitive dynamics of your state’s health care market. 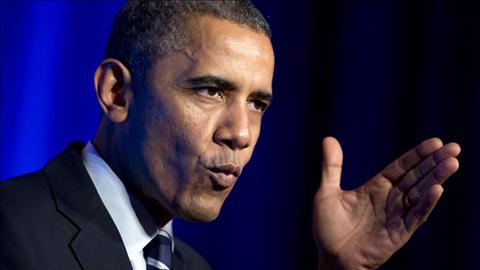 To the contrary, he represented ObamaCare as protecting consumers from precisely that sort of cruel business decision, and he has not backed away from that fraudulent promise: At a speech last Wednesday, he asserted that the only policies being canceled were “substandard” ones offered by former “bad-apple insurers” whose practices ObamaCare reformed.

Over the weekend a New York Times editorial parroted that line, claiming that “insurers are not allowed to abandon enrollees” and that “people forget how terrible many of the soon-to-be-abandoned policies were.” But even the Times editors can’t quite defend the if-you-like-your-plan-you-can-keep-it fraud. The best they can do is equivocation: “Mr. Obama clearly misspoke when he said that.”

To misspeak means to express oneself imperfectly or incorrectly. It implies either a careless choice of words or an unintended candor (as in a “Freudian slip”). Obama did not misspeak. As The Wall Street Journal reported over the weekend, the slogan was the result of careful deliberation. Whereas “some White House policy advisers objected to the breadth of Mr. Obama’s ‘keep your plan’ promise,” “political aides” insisted upon it. The latter prevailed. In an interview with the Journal, one unidentified former official “added that in the midst of a hard-fought political debate ‘if you like your plan, you can probably keep it’ isn’t a salable point.”

The story closes by quoting a “policy expert” who shrugs off the deception:

Jonathan Gruber, an economics professor at the Massachusetts Institute of Technology, said the law’s impact on existing insurance arrangements was “a social policy decision the government made” and the president’s description of it was “pretty low on the totem pole of political overstatements.”

Suppose the deliberations the Journal describes had taken place in a corporate suite rather than a government one and had concerned a commercial rather than a political advertising slogan. In that case, we’d be talking about a criminal conspiracy to defraud consumers.

Yes, it’s unrealistic to expect politicians to be held to the same standard of honesty as corporate executives. But what does astonish us about the Obama administration is the relentlessness and aggression of its efforts to blame others and evade political accountability. The tone is set at the top by a president who, at age 52, retains an adolescent’s aversion to adult responsibility.

Still, you’d think a political professional would recognize that Edie Sundby’s story calls not for an attack but for a show of compassion, even if one lacks the capacity for the real thing.