“Did you take it out yet?” my supervising physician asked me, referring to the urinary catheter I placed in a patient several days before. “You know they’re keeping tabs on that now?”

I did know. We had recently discussed performance metrics during morning rounds, and were taught that prolonged urinary catheterization caused many hospital-acquired infections. Hospitals were now being penalized for that sort of thing. 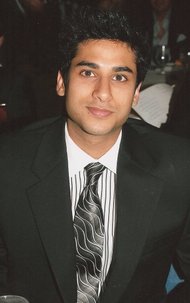 Several months before, I had attended a conference where there was a heated discussion about whether to tie reimbursements to how well physicians managed hemoglobin A1c levels – a marker of blood sugar control in diabetic patients. Some argued doctors would pay closer attention to diabetes control. Others thought they would simply select healthier, more compliant patients to make their jobs easier.

Suddenly, a stately gentleman stood up and the room fell silent. I recognized him as one of the most distinguished faculty members at my medical school, a legend that physicians across the state consulted on their most difficult cases.

“What on earth are we teaching these young doctors?” he asked, exasperated.

He stressed that a physician’s responsibilities — to avidly manage diabetes or blood pressure, to promptly remove a urinary catheter, to ensure patient compliance with medications — come not from incentives, but from a sacred duty we assume upon entering the profession. Overemphasizing the former while underemphasizing the latter, he argued, does a disservice to the medical profession and to our patients.

His words struck me because they were so at odds with the language of recent discussions I’d had on quality improvement. I’ve been taught that behavioral economics tells us much about how individuals consciously or subconsciously respond to incentives. If we are able to align incentives to promote safer, higher quality care, then that’s what we’ll get.

But so far, evidence on pay-for-performance incentives has been mixed at best. While incentives can help change simple behaviors and improve productivity of rote tasks, they may actually reduce creativity and dull motivation for the complex tasks and broad thinking required in medicine. Furthermore, incentivizing certain behaviors can sap time and attention away from those not measured. And many aspects of medical care that are evaluated by quality and efficiency metrics — like reducing waits in emergency rooms or shortening hospital stays — are outside an individual doctor’s control.

A recent report by the Robert Wood Johnson Foundation recognizes these limitations, and argues that instead we need to capitalize on the inherent motivation of physicians and support underlying drivers of excellent care like professional purpose, mastery and autonomy. It advocates removing large perverse incentives that can inhibit good decision-making and value-based care – like fee-for-service payment models – but not devising elegant schemes to manufacture desired behaviors.

Today’s physicians are trained in an environment in which discussions of costs and incentives are as much a part of our education as conversations about duty and humanism. It’s an environment in which words like “provider” and “consumer” are used as frequently as “healer” and “patient.” In the midst of this evolution, we must frequently examine the effect of these changes on the medical profession, as well as the kind of education and narrative needed to reinforce physicians’ internal sense of purpose and pride in their work.

A mentor of mine recently took issue with the shifting vocabulary created by discussions of money in medicine. “I don’t drag my butt out of bed at 2 a.m. for a customer,” he said. “But I’d do that any night of the week for my patients.”

He told me the story of the “midnight neurologist” from his first month of residency, more than 30 years ago. He had been in the hospital for almost two straight days and was just settling into a nap shortly after midnight when the neurology fellow paged him to check on a comatose patient he had admitted several days before. Cursing his pager, he opened his bloodshot eyes and trudged down to the patient’s room, exhausted.

When he arrived, he noticed the neurologist slowly lift the patient’s hospital gown just above his left knee, exposing as little of the leg as possible. He tapped gently with the reflex hammer and carefully noted any changes from the day before. He then replaced the gown over the left knee, and repeated the procedure on the right.

My mentor told me he often still thinks of that moment. It was the middle of the night and this neurologist – like him – had been on call for more than 30 hours. They both knew the patient would likely never regain consciousness, and no one was keeping tabs on anything. Yet the neurologist respectfully, tenderly, meticulously completed his familiar routine, as he would on a cherished loved one.

As a student of health policy, I believe that incentives will be a powerful tool for changing physician, hospital and patient behavior – especially given the many perverse incentives that currently exist in our system. But as a student of medicine, I believe this focus on incentives must be coupled with an equally robust discussion of the historic and modern duties of a healer. We must promote a culture among students, residents and policymakers that recognizes that incentives – aligned, misaligned, askance or otherwise – are secondary to a physician’s duty to fervently protect the health of patients.

These two dialogues have largely operated in parallel, but it’s time we integrate them and acknowledge their mutually reinforcing potential for delivering better care. Because alone, no arsenal of carrots and sticks will ever produce the kind of compassion and attention to detail every patient wants and deserves.